Phillip Scott Elected to the
House of Delegates

Spotsylvania, Virginia, November 2, 2021 – Today Phillip Scott, candidate for the House of Delegates in the 88th District, announced his victory in the 2021 election. Scott, a self-described Christian constitutional conservative, stated “I would first like to thank God for intentionally guiding me through my life toward this juncture.”

Scott continued by thanking his wife, daughters, and family for supporting him through a long campaign season, while also recognizing “being elected to the oldest legislature in North America is humbling. I am honored to be trusted by the good people of the 88th District to carry on a legacy of leadership in the House of Delegates, the very same body that Patrick Henry and Thomas Jefferson served as members of.”

Scott shared some of his vision for the future of Virginia, highlighting “the absolute necessity to cut taxes, reign in wasteful government spending, and protect the God-given freedoms of the individual as the U.S. Constitution mandates.”

Phillip Scott is a government contractor, passionate Christian, and lifelong conservative. Phillip attended Word of Life Bible Institute and Liberty University. He has a Bachelor’s degree in Biblical Studies, a Master’s degree in Management and Leadership, a Juris Masters, and is currently working on a Ph.D. in Public Policy specializing in National Security. He has served his local community by joining the Board of Directors of his POA and served two terms in various roles including Treasurer and President. Additionally, he serves on the Spotsylvania County Citizens Budget Review Committee. Phillip has lived in the Fredericksburg area for nearly twenty-five years. He currently resides in Spotsylvania with his wife, Elisabeth, and his five daughters. 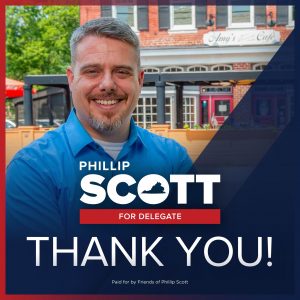 First and foremost, I am a Christian, a husband, a father, and a business owner. I am not just any dad; I am a dad to all girls, and this is an extra special blessing. I love spending time with them. I am a devoted husband to my beautiful wife, Elisabeth. She is my support and reason. Elisabeth gives me the encouragement I need to keep pushing forward and wisdom when facing challenging decisions. I am a Virginian at heart, our great commonwealth will always be my home.

I am running for delegate because our government has gotten away from the fundamentals and has had misguided priorities in recent years. We have a constitutionally mandated responsibility to provide a high-quality public education to our children here in Virginia. In the past year, many localities fell down on the job and didn’t hold up their end of the bargain. All Virginians deserve access to high-quality healthcare, this issue is personal for me. My daughter, Brianna, faces severe health challenges and requires significant medical attention. I know how important it is to provide access to these critical services. At the same time that I am fighting to restore government’s end of the bargain on these necessities, I will stand as a brick wall against tax increases, working to keep more of your hard-earned dollars in your own pocket.

“Talkers are usually more articulate than doers, since talk is their specialty.”
-Thomas Sowell 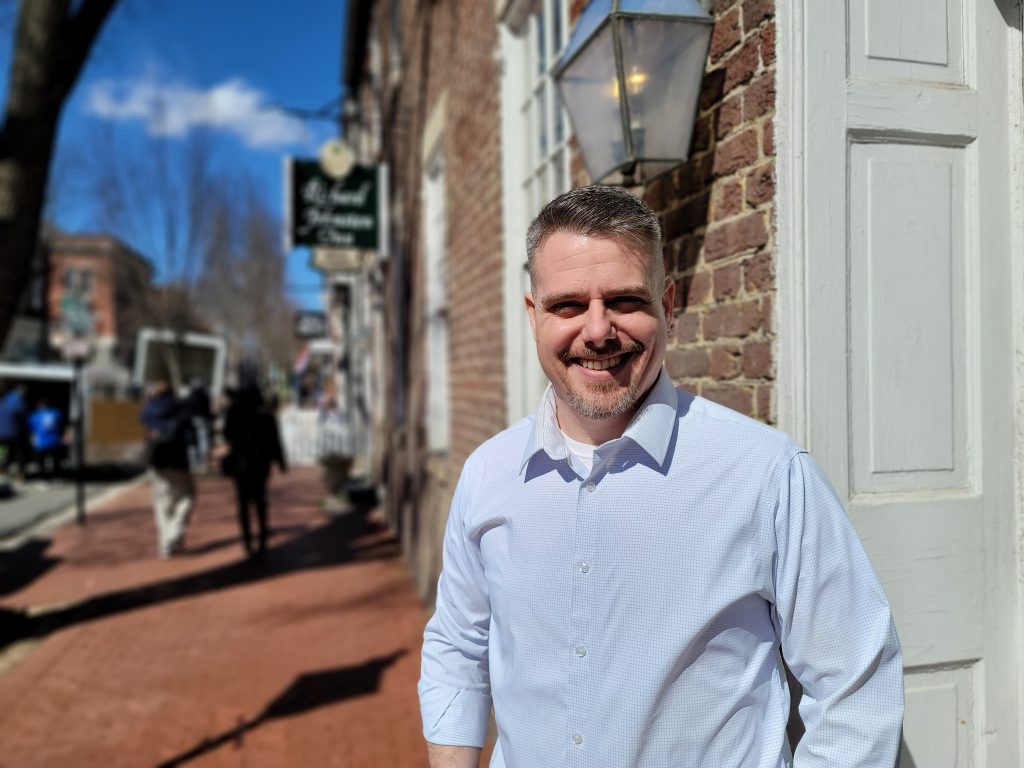